Are you ready to hear some potentially life-changing affiliate marketing secrets? Once you are aware of these secrets and are ready to follow some recommendations, you should have a much better chance at progress and success in the tricky world of affiliate marketing. Ready? Let’s dive right in!

#1. Success is Rare because Entrepreneurs are Rare.

Here is a secret that took me several years to learn. We know that the process itself is simple but that success is rare when it comes to affiliate marketing and making money at home with your computer. Why? Because the vast majority of us are never taught or encouraged to become entrepreneurs, or even to think like entrepreneurs. Making money online is being an entrepreneur.

We are conditioned by society to think and act in a certain way: we’re meant to go to school and afterwards go to college. Then we must follow a career and work for a boss for most of the hours of our day and receive a salary that’s usually just enough to live on, or if we go to university, we might make more money than many other people and live more comfortably. But we are still tied to a job that takes up most of our time.

Now I’m all for doing some work, don’t get me wrong. It is a healthy and fulfilling part of being a human being. But should anyone have to work from 8:30 to 5:30 in a job they don’t like and stick at it solely to make money? Should work take up so much time? Should it matter whether we enjoy it? Should it be all about making money? Is trading so much time just for money a healthy way to live? I don’t think so.

Okay, a lot of jobs are from 9 to 5, but we’re also talking about commuting to and from work, so really, the average working person’s day is about being absent from home pretty much all day and probably coming home exhausted and just longing for the weekend, after which the cycle begins all over again.

Some people are happy in their day job, but the majority of people actually hate their job.

Now, an online entrepreneur is someone who has to think outside the box… All the Time! And most people in their lives won’t be quick to encourage them.

It’s a bit like public speaking. There’s not much to it. It’s simply speaking to an audience. But we hardly ever practice it when growing up and so we’re all terrified of it. There was even a survey done on this with the insane result that most people said they’d rather die than have to do public speaking! You see it in college as part of the communications module for example, where grown men and women, even the odd 60-year olds are simply not able to talk for a few minutes to the rest of the class about a topic that interests them.

We are wired to follow, to go along with the others and this is a big secret as to why most people fail at making an online career for themselves as affiliate marketers. They are unusual, they are taking a risk, they are going on a completely different way of life. They also don’t think like entrepreneurs at first because they think they can just follow someone else’s strategy and somehow it will work and they too will make a full time income. But they are just following and this business takes an independent approach and a whole array of skills. For example, it’s easy to be an affiliate but are you also a marketer?

If you want to really get somewhere in this business, you have to think like and actually be an entrepreneur. This means doing your own research, putting some passion, personality and determination into your marketing efforts. By all means, learn from others, but the real successful people in this are also innovative, knowledgeable and experienced. They are not just copying someone else’s ad campaign or video, or blog article. They are bringing their own originality into their business. 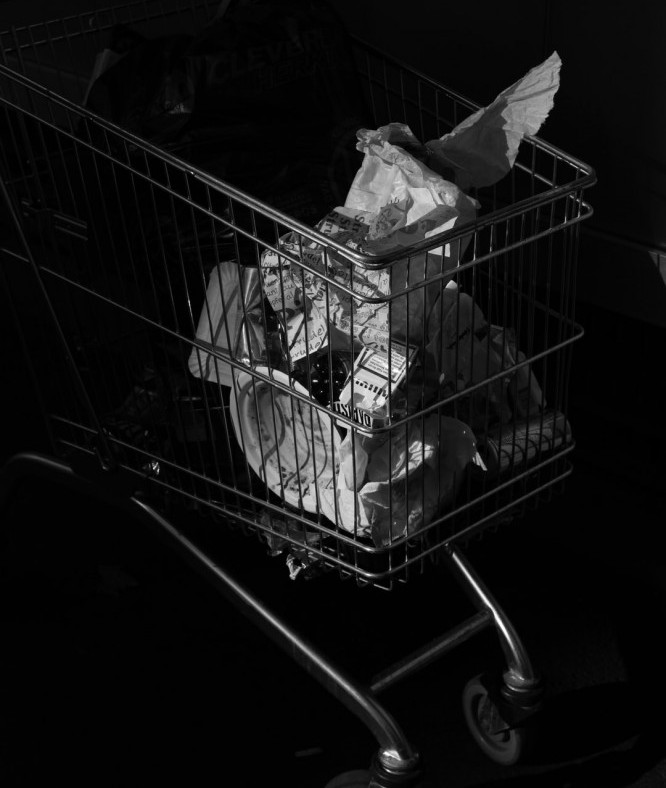 Being able to sell something is a very important part of being in the affiliate marketing business. So many affiliates, especially new ones fall for the idea that they can sell anything, whether it’s a good product or not, and whether or not they have accurate knowledge or real experience with it, since after all, isn’t it all about the money at the end of the day?

The problem with this approach, aside from it being unethical and being a big reason why affiliate marketing has something of a bad name, is that it simply doesn’t work. It’s difficult to come across as convincing or authoritative when selling a product you don’t believe in or one that you haven’t bothered to research thoroughly. Add to this the fact that it soon becomes fairly tedious trying to sell something that neither you nor most of your customers are interested in.

Part of being a good salesperson is to believe in the products you are selling and be able to recommend them through your own experience with them or at least through fairly in-depth knowledge that you can demonstrate you have.

The bottom line is that it’s difficult, nobody really cares and you probably won’t persevere in marketing at all.

Now there are scammers out there who are efficient at selling trashy and scammy products, but no one who sees them for who they are will like them or become or remain their customers. And hey! If you don’t like dishonest, sleazy scammers, then don’t become one! Sell what you believe in and what you like and you’ll get good at it.

Two products that I promote and believe in for example are the Wealthy Affiliate program and the 12 Minute Affiliate System. The first one is the best training platform for bloggers that I know of and teaches you everything you need to know about building your own profit producing website, together with all the tools you need and tons of support. The second one is a straightforward email marketing strategy that just works nicely. 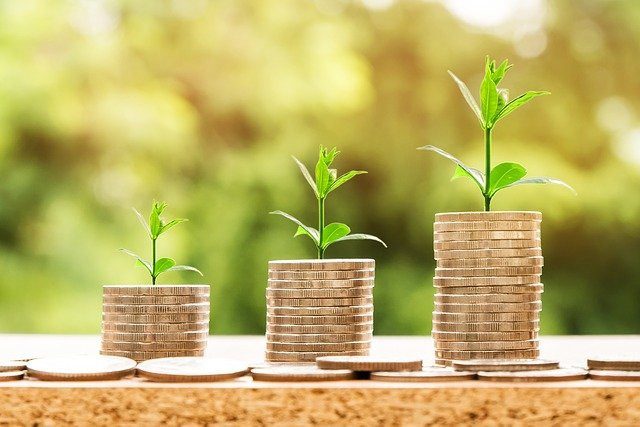 There are so many different ways and methods to go about affiliate marketing. But it is likely that only some of them are right for you.

Are you good at running ads? Which ads are you best at? There are several platforms to run ad campaigns on: Google, Microsoft, Facebook, YouTube, etc.

Or is blogging more suited to you? Or running a channel? Or makings use of free traffic methods? Or is it social media?

Now, it is usually advised that you make use of several strategies as an affiliate marketer. But you should first find the one that suits you and which you are most comfortable with. You will then be able to build your business further from there.

For example, master the method of blogging; get good and enjoy it. Then go on to run a YouTube channel alongside it. Then start to use some of your revenue for paid ads and learn more about that. And then perhaps go on to email marketing. But rather than take on everything at once, you should be able to start with something like blogging.

Okay, you might not think this is much of a secret but the biggest hold up for a lot of people when they are striving for any kind of success is that they really are too hard on themselves. They either expect too much too soon and then get despondent, or they genuinely don’t believe they can achieve their goals and dreams.

And at times, people close to them will tell them they can’t handle something like being an entrepreneur. 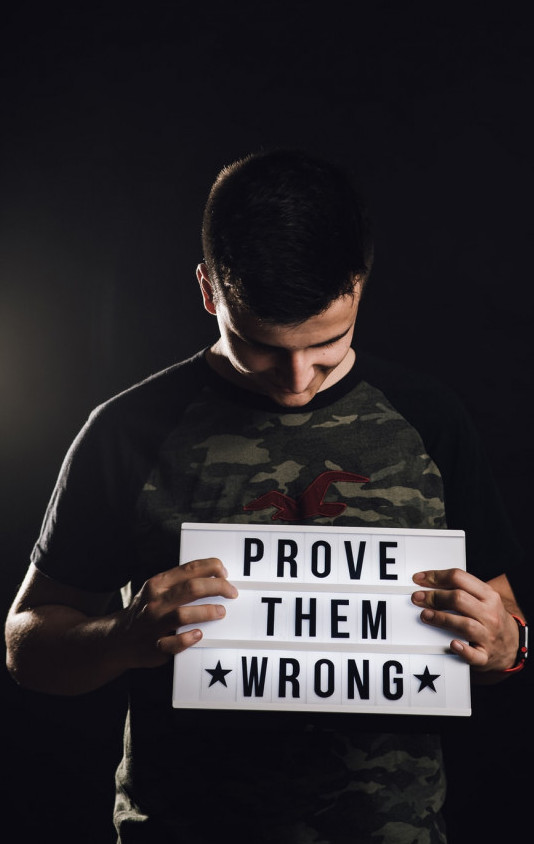 As I’ve often pointed out, affiliate marketing is a simple process in itself but that doesn’t mean it’s easy. So many people get into this with the conviction that it’s going to be easy. When they find out it isn’t so easy, they look for ways to have their work done for them. And so they fall for all kinds of ‘Done for You’ programs that require little more than spending money but not really learning how to market.

No one is going to run your online business for you. Even if you are having some success with some program for the time being, who’s to say the market for it won’t eventually become saturated or there are too many affiliates, too much competition?

Part of being in this business online is that you need to be able to adapt to change, to find a new product, to switch things up, to try new methods.

You may gain a ton of useful knowledge along the way, but in the end success does depend on you, not on the people you learn from. You have to own your business; you have to take it by the reigns. You have to put personality and individuality into your work. You have to become more and more independent and confident in yourself.

#5. Thinking Long-term Rather than Short-term. 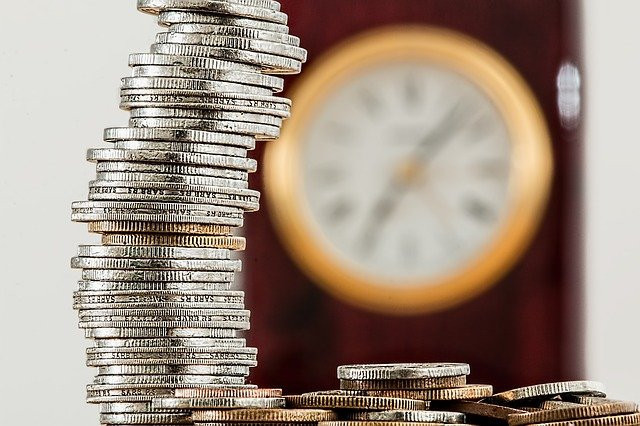 A sustainable affiliate marketing career is a long term project. Too often however, we hear affiliates telling us that you can make a lot of money in a short time. It’s a very common form of bait – they’re just appealing to our laziness and our greed, ultimately wasting both our time and money and leaving us with the exact opposite of what they promised.

It’s important not to be out to make a quick buck, to prove we can do it. I spoke about an online business being like the building of a skyscraper. A good foundation, steady, methodical work and eventually being able to sit back and look at your amazing creation.

Passive income is the result of several months to a year of constant work, but the reward is dream come true stuff!

That is why I considered it the best strategy to forget about trying to ‘get-rich-quick,’ (which is an illusion anyway; most programs like this turn out to be ‘get poor quick’ programs) and focus on the most authentic fulfilling and ethical way to run an online business.

So I used Wealthy Affiliate, YouTube and 12 Minute Affiliate which I use for email marketing.

If you have found value or wish to discuss this topic further, leave a comment down below!

Wishing you the very best!