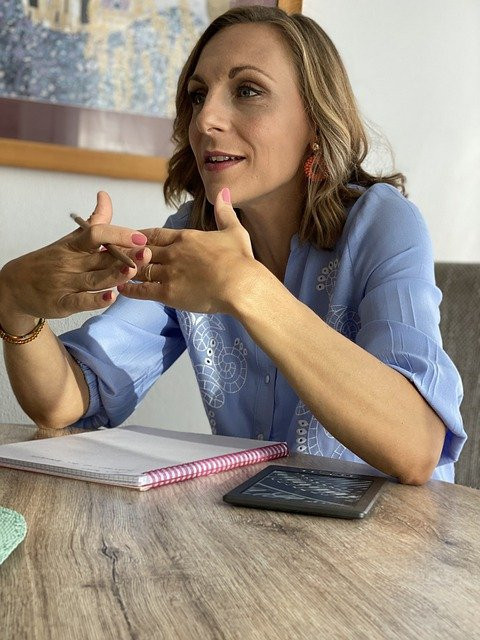 Hello! Welcome to this article where I’ll be giving you a truckload of useful info on how to become a good salesperson!

If you’re going to make a living or even just run a side-hustle selling products, you’re going to need to be at least something of a salesperson. Don’t shy away from the term! You either are or will need to become that person who knows how to sell.

So let’s get right into this! First off, there is a good, ethical and fulfilling way to be a salesperson. They’re not all sleazeballs or scammers. We’re going to take a look at salesmanship in relation to affiliate marketing and then go through some key points about how to become a good salesperson.

What Many Overlook About Affiliate Marketing

So affiliate marketing is without doubt one of the most popular if not the most popular ways of making money online. Right? And yet, believe it or not, most people who get started with it overlook the second word of the term. They tend to focus on the word ‘Affiliate,’ and about how simple and easy it is to become an affiliate. But the full term is Affiliate Marketing!

Making money online isn’t about being an affiliate! It’s about marketing! It’s the art of selling products from behind your computer screen! And frankly, that’s Not easy! Yes, it’s easy to learn all about being an affiliate and how it all works, how you go to a website, you sign up to become an affiliate, you generate a hop link and then maybe you sell something to your mum and perhaps even one or two of your friends …if your lucky. But you can’t make any money worth talking about if you are not a marketer as well as an affiliate.

In other words, what you really need is to learn the art of selling; to be an online salesperson. If you’re an affiliate and a marketer to boot, well then, now we’re getting somewhere!

So, let’s take a look at how you can become that marketer who really sells affiliate products and makes sustainable money!

Buying and Selling are Psychological Processes. Okay, I won’t say buying and selling are entirely a mind game because that isn’t quite accurate. However, a salesman does appeal to your senses, your intelligence and your emotions. Think about it. Pretty much every time you ever bought anything was because you were persuaded to do so. Sure, you wanted, you needed, etc. but you were still persuaded.

You were persuaded to a large extent simply because you were influenced by the psychology of marketing. The salesperson didn’t need to be dishonest to get you to buy, but they did need to attract you before you made that purchase.

Honestly, there’s no way I’d keep buying those attractively packaged weekend cans of Heineken with the green background and red star if the company decided that the cans didn’t need to look attractive since it was the beer itself that mattered. I go to the store for the beer, but still, I don’t want to buy ugly cans.

If the next weekend the design had been simplified and now we were looking at gray cans with the brand name written in black and no red star, can you imagine how many of them would be left sitting there on the shelf? Even if they reduced the price, sooner or later Heineken would just be regarded as cheap, crappy beer in sad looking cans… Fair enough? And right now, we’re only talking about physical products where visuals play a huge role. 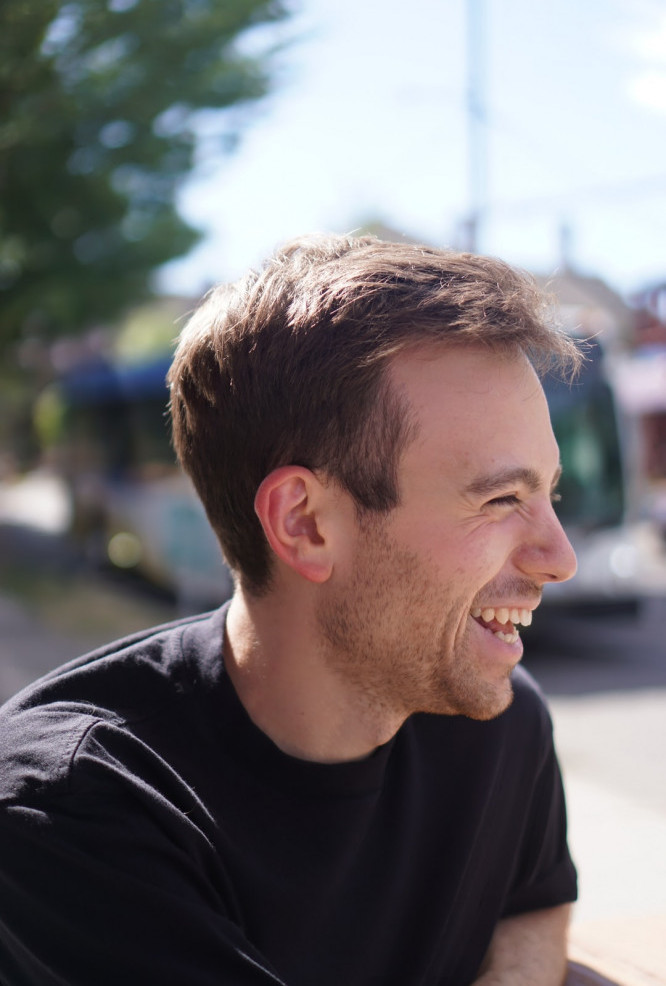 Speak from Abundance, not from Need. To sell something you need to be the one who is ‘full’ so to speak. You are basically in great spirits because you either have the product you’re selling or something better. They are the ones who are deprived (your customers) and it’s not that you’re pleading with them to buy, but that you are playfully waving the solution to their problem in their faces with an honest and inviting smile. That’s what gets to people. And when I say smile, the accompanying positive emotions can also be conveyed by non-visual means.

Get into their head and appeal to their needs and desires. People want to have things, they often want to look at and be impressed by other people’s stuff; and they don’t like having nothing much themselves, missing out or feeling empty. These are just very general principles here. 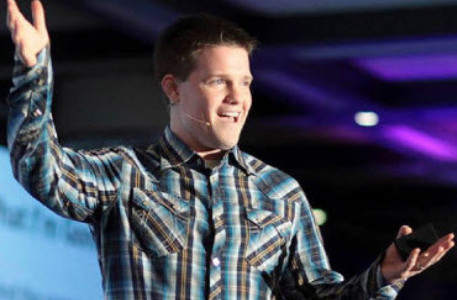 Link Product to Personality. Okay this is important. You do need to be able to show that the product is good. People do need reasons to buy, not just hype. But if you can combine honesty about the quality and benefits of the product with an engaging and winning personality, you’re more than twice as likely to win over your buyers.

To illustrate with an example, you know that super successful and hyper energetic guy, Russell Brunson, yeah? He’s the famous co-founder of ClickFunnels. Okay, that guy! Wow! I literally sit through his ads that pop up on Facebook and YouTube and what not, just to catch a blast of that ultra enthusiastic vibe of his! I enjoy it! It even makes me laugh sometimes. Very, fast, very excited, very persuasive, very much himself, and always bursting with that compelling energy of his that knows no limits…! That’s a guy that I’d say links his products to a captivating personality.

If someone with less experience was selling his book, or his software, or whatever, I’m not sure I’d be half as inclined to buy it from them, but from Mr. Brunson himself, I’d at least be more inclined to go ahead and buy. He motivates, he spreads a kind of contagious excitement and positivity, he fires you up, he gets you in the mood to “quickly go ahead and click on that link down below right now,” and you know his passion is real and not a façade because he’s always the same; it’s his unique personality, it’s who he is.

But you have to be you! You cannot copy someone else’s personality. We’re all individual and should all be original and authentic. So learn to discover, accentuate and utilise your own personality and look, just throw it into your business and into everything you promote. That’s what he does and people do buy his stuff, and benefit from it themselves and promote it to others all over the place. 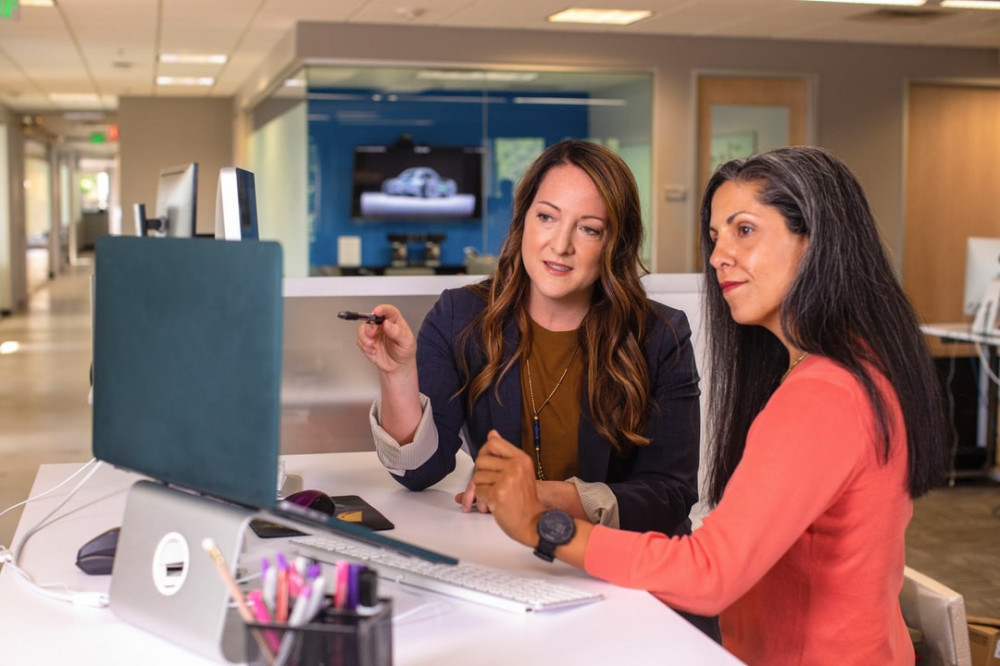 Want the Best for your Customers. Now this is where we get to you being a ‘good salesperson.’ Just be honest with them. It will show and they will like you for it. Some may not trust you, but most will. Just don’t be that person who is simply in it for the money. That is a very key point. Enjoy your business! Be proud of what you’re doing and what you’re selling.

The sense of reward is so much better anyway, when you’ve done business in an ethical way, helped someone out and earned money. You’re there to help others and if you’re not doing that then you’re just there to squeeze money out of them, and that’s just not enjoyable or fulfilling. Well, it might be for some crooks out there, but really, being genuine is where it’s at. It makes you confident, authoritative, wins trust and respect.

Know your Product and Audience Backwards. There is a massive difference between the general tone and confidence of someone who is selling something they believe in and know inside out to an audience they understand, and someone who is trying to sell something for the sake of the commission to an audience they couldn’t care less about. And people are smart! Well, a lot of them are and they will see through you most of the time.

And anyway you don’t want to just sell to stupid people with very little patience who are likely to quickly get frustrated, refund and move on to something else. A dumb target audience doesn’t pay off in the long run because they’re just not serious or motivated enough. You need to assume that your readers or followers are intelligent and more often than not are quite well able to see through your bullsh*t if you are just playing them.

Believe in your product, know how to talk to your audience, treat them with respect and genuinely want the best for them. Inject plenty of positive personality traits into your marketing and never speak from a position of need, but always from abundance. See failures as opportunities to up your game.

With this kind of approach, I honestly think you will gradually get the hang of making sales and enjoy it in the process!

I wish you every success as an affiliate marketer!

12 thoughts on “How to Become a Good Salesperson”