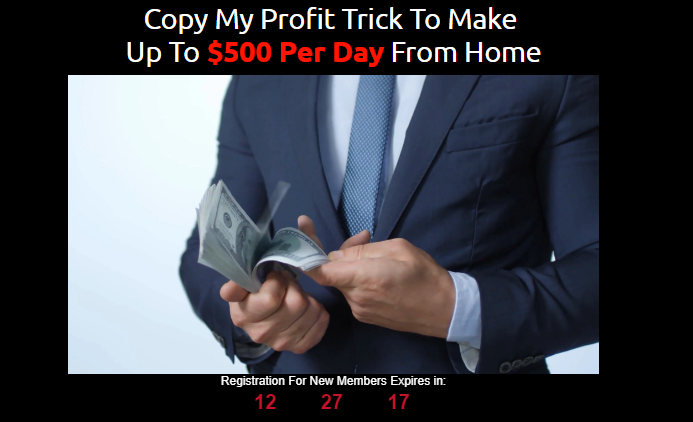 In this My Profit Payday review, I’ll be revealing to you what its about as objectively as possibly and also what I consider to be some serious red flags that I discovered when doing my research on it.

I’ve been doing affiliate marketing for 5 years and I only believe in recommending programs that are honest, helpful and not what I consider to be overpriced.

In the case of My Profit Payday, I can’t say it’s something I would recommend but I’ll get into my reasons for that shortly.

What is My Profit Payday?

In all honesty this is one of the vaguest programs I’ve come across when it comes to what it really is and how exactly its supposed to help you make money online.

One thing is quite clear though; its some sort of done for you system which often involves instructions on selling products as an affiliate and using paid traffic to do so or using traffic from social media and other “free” places around the internet.

Like so many programs of this sort, it has a very hyped up sales page and a countdown telling you to get in quick and buy the program.

But a lack of clarity about what it’s really about is already Red Flag number 1 for me.  Just throwing that out there.

My Ranking For My Profit Payday: 1 out of 5 Stars

Video Review of My Profit Payday:

What’s the Cost of My Profit Payday?

It sells for $47.  Funny thing is that if you leave the page, they try to downsell it to you by shaving off $20 from the original price.

Besides this, it’s likely that there are further upsells once you go ahead and buy the program.  Examples of this could include, an eBook, access to a Facebook group, free funnels or sales templates, some sort of extra coaching or traffic strategies etc.

Who is the Creator?

We get a random name: Mike Brent.

The problem I have though is that it’s hard to know if the guy is even real.  There’s no actual image of him, no clear profile anywhere or videos that I could find.

If you want to make a program, you need to build some trust, at least on a basic level of showing who you are and making it so that people can verify your identity.

But Mike Brent possibly isn’t even a real person which is what my 2nd Red Flag would be.

A lot of DFY systems have a flashy sales page where there is lots of talk about how you can make money with their program.  Also, they will quite often provide testimonials from random people who claim to have made money with the system.

These testimonials are sometimes given as images and sometimes in video format.  But with my experience in researching these kinds of programs, I’ve learned that it is always doing a check on Fiverr.com to see if the same people in the testimonial videos or pictures are in fact paid spokespersons from Fiverr.

Sure enough, in the case of My Profit Payday, both the blond girl who appears third on the sales video and at least one other person giving testimonies of how great My Profit Pay Day is, can be found on Fiverr.  They are both Level 2 sellers. Their user names are danielleszetella and kareem66.

You will see these two if you visit the sales page for My Profit Payday.  Resorting to the hiring of spokespersons to push your product is clearly another whopping Red Flag that tells me not to trust such a program.

So already we’ve seen 3 pretty major Red Flags for this program.  It’s a vague get-rich-quick scheme with an unknown creator and fake testimonials!

But Can My Profit Payday Make You Money?

It’s beyond unlikely that you will make the kind of money the spokespersons speak about, especially without it costing you and in such a short time like 48 hours as one of them falsely claimed.

I’m not optimistic at all that you will make any money with a system like My Profit Payday.  I think you’d be more likely to lose it on some sort of paid traffic method such as buying clicks from solo ad vendors.  Or you will pay for the program and maybe an upsell or two and then be told about “free methods” of traffic that just don’t work, such as leaving your links around the internet and on social media sites and forums.

Is My Profit Payday a Scam?

I’d say it’s misleading to the point where you could call it a scam.  Something that doesn’t provide what it promises.  We can gather that much by the fact that they have been unable to give us any proof of results and have even got people in to lie about their system, saying how amazing it is, as if they are real users of it.

So yes, I’d say if you went into this with good faith, you’d end up feeling ripped off and used.  If that’s not a scam, well, it’s as close as you can get I’d say.

Is There a Better Alternative?  Yes.

Well, here’s the good news.  If you really are wanting to make money online and are prepared to do it the right way and avoid scams, you should test-drive for free a program called Wealthy Affiliate.

Wealthy Affiliate isn’t for you if you are still in the mindset of wanting to get-rich-quick or use a done for you system.  The reality is that such programs are all just a load of red herrings – tricks to get your money, not to help you make your own money.

Wealthy Affiliate teaches you how to make money the real way, the way that means learning marketing, learning SEO, learning content creation.  It shows you how to do all this stuff properly and makes you take action along the way.

You need to learn the skills and put in the work.  That’s the only way you can really succeed with an online business, and with any business or career for that matter.

I hope you found this useful.  Do feel free to drop a comment down and I’m always here if you have any questions on this general topic. 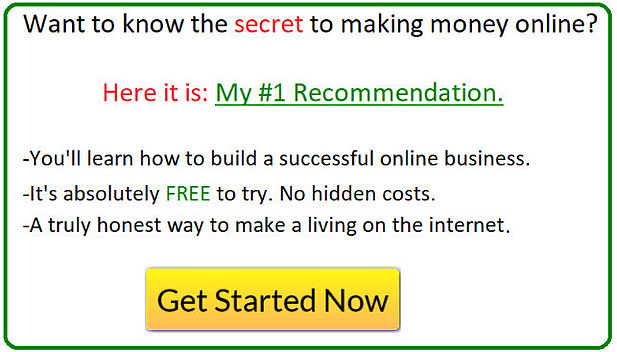